This website uses cookies to provide additional functionality and to help us to continue improving our online services.

Thumbs up for new Chief Executive

This week South Hams District and West Devon Borough Council have approved the appointment of their new joint Chief Executive and Head of Paid Service. 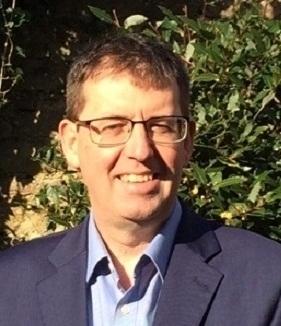 Andy Bates, who is currently the Principal Adviser for the Local Government Association (LGA) in the South West, will be joining the Councils in June.

Cllr Judy Pearce Leader of South Hams District Council said: "We would all like to send a warm welcome to Andy.  We are delighted that he will be joining us. Andy has a wealth of experience working with councils across the region and this will be invaluable as we look to the future."

Cllr Neil Jory Leader of West Devon Borough Council added: "I am delighted Andy accepted the appointment.  Those of us on the appointment panel unanimously agreed that Andy was the right person for the job."

Andy Bates has worked for the Local Government Association since 2005.

Positions Andy held include, Principal Consultant, Senior Improvement Manager and then as the Head of Improvement (2005-2011).

In 2011 Andy moved into the role of Head of Peer Support, a job that involved advising on the strategic direction of the new LGA.

Since September 2013, Andy has been the regional lead for the LGA in the South West, acting as the key relationship manager and principal adviser to chief executives and political leaders on all matters affecting local government.

Hearing that his appointment had been approved by both councils, Andy Bates said: "I am honoured and delighted to be invited to become the new Chief Executive of South Hams and West Devon - councils which have an excellent reputation for the efficient and effective way in which they deliver services in their areas"

"I have been impressed by the way the Councils have responded to the current Corona virus crisis to ensure that residents and business continue to get the help and support they need.  I look forward to joining you all in June."